Horizons Touched: The Music of Ecm

Steve Lake,Paul Griffiths Oct 20, 2021 Steve Lake,Paul Griffiths
In autumn 2006, ECM - one of the most influential, innovative and widely admired labels in the history of recorded music - will release its 1000th recording since its inception in 1969. Along the way, there have been many landmark recordings and new discoveries - from Keith Jarrett's best-selling "Koln Concert" and Jan Garbarek's saxophone improvisations to Estonian composer Arvo Part's profoundly moving minimalism. "Horizons Touched: The Music of ECM" is a portrait of the label, its artists, and their music in words and photography. Much more than a conventional label history, the book celebrates and reflects on the ways in which ECM has grown and changed from its origins in jazz to contemporary classical, from medieval chant to free jazz and traditional folk musics from around the world. It includes over 20 specially commissioned essays by an international line-up of music journalists and writers and over 100 contributions from artists, composers, designers, and photographers. 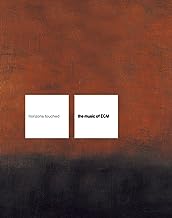